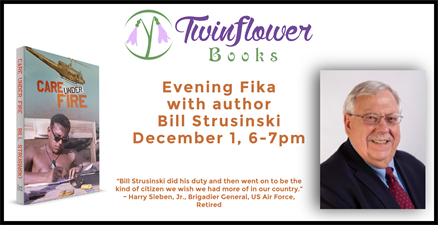 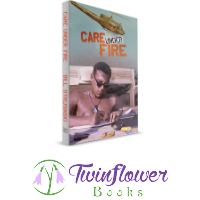 Twinflower Books invites you to an evening with author Bill Strusinski, to discuss his award winning book Care Under Fire. Coffee and donuts will be served as we have an informal discussion with Bill about his work. You will have an opportunity to purchase his book and have it signed.
About Care Under Fire
For many surviving military veterans the Vietnam War is an indelible part of their lives. That they survived is due in many cases to the heroic, life-saving actions of combat medics like Bill “Doc” Strusinski. Being a frontline medic was, and still is, one of the most dangerous jobs in the Army. Medics were targeted by the enemy and often called upon to aid fallen soldiers in the line of fire. In Strusinski’s riveting book, Care Under Fire, Strusinski thrusts the reader squarely into moments of terror during firefights, the exhaustion of endless patrols, the anguish of losing buddies despite best efforts to save them, and the intimate bonds created during times of desperate need. This is a book about war, yes, but even more about how one man was transformed by his “sacred duty” to offer care under fire to the young soldiers he fought beside.
Care Under Fire won the 15th annual National Indie Excellence Award for the military non-fiction category.
“Bill Strusinski did his duty and then went on to be the kind of citizen we wish we had more of in our country.”
~ Harry Sieben, Jr., Brigadier General, US Air Force, Retired
About the Author
Bill has over 40 years of state government lobbying experiences. Early in his career, he served in a variety of positions in the Executive Branch, including Deputy Commissioner and Commissioner of Administration. He served three Governors, including Wendell Anderson, Rudy Perpich and Al Quie.
Bill has received numerous awards recognizing his professional abilities, including being named as one of the top ten lobbyists in Minnesota by the Star Tribune newspaper. He says what he enjoys most about lobbying is empowering people, and using his rich experience and contacts in the public and private sectors to successfully represent his clients.
Bill Strusinski and his wife, Kirsten Libby, make their home in Scandia, Minnesota. 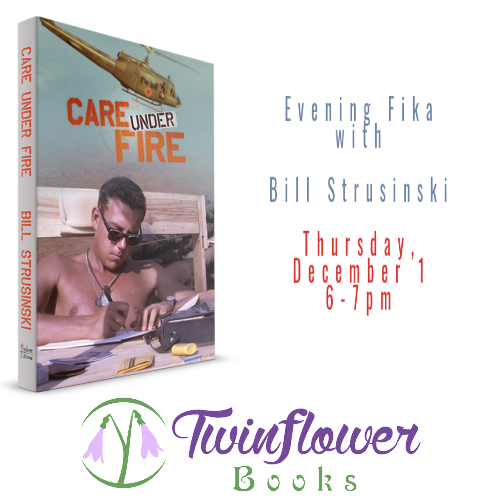